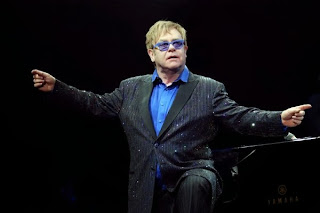 Last week, Elton John announced he would perform in Russia and he wouldn't cancel a concert planned this December in Moscow, despite the homophobic climate and the Russian anti-gay laws.

But now, some Russian anti-gay groups have asked Russian authorities to ban Elton John's concert. They say that to allow the gay artist to perform in Russia would be a violation and a teasing of the law banning gay propaganda.

Yuri Ageshchev, one of the leaders of those homophobic groups, has affirmed: "The statement by this gay guy about his support for gays and other perverts during the upcoming concert in Moscow is an insult to all Russian citizens". And he calls them to oppose the upcoming concert of Elton John in Moscow on December.

Banning Eltoh John or any artist under the guise of children's protection from gay propaganda shows the true purpose of that law. In any case, what is the problem if only who wish may attend the concert? 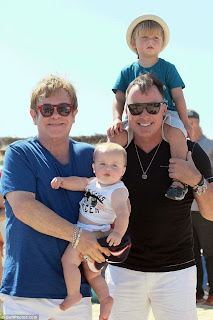 John with his husband, David Furnish,
and their two sons.