Obama a Hero and Putin a Villain by The Moscow Times

The Moscow Times has named President Obama as one of the Heroes of Russia's Gay Rights Movement.

The reasons are that American authorities have long raised questions about human rights and LGBT issues in Russia, and Obama sent a clear signal during his visit to St. Petersburg for the G20 summit, where he organized a meeting with human rights and LGBT activists amid a busy schedule and ongoing negotiations regarding the conflict in Syria.

During the meeting with Russian activists, Obama declared: "The kinds of activities that are represented here are critically important to Russia's development and I'm very proud of their work. I think it's important to remember that in every country, here in Russia, in the United States, around the globe, that part of good government is making sure that we're creating space for civil society to function".

Other individuals to receive the title of Hero of Russia's Gay Rights Movement are Nikolai Alexeyev, Dmitry Isakov, Igor Kochetkov and Anna Anisimova.

The same media had also named President Putin as one of the Villains Of Russia's Gay Rights Movement. The reasons of this title, obviously, are the anti-gay laws which he signed last months and to let the persecution of the LGBT community go unpunished. 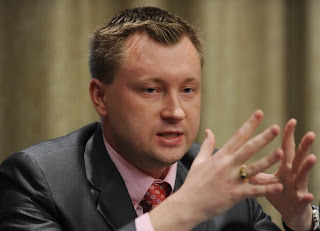 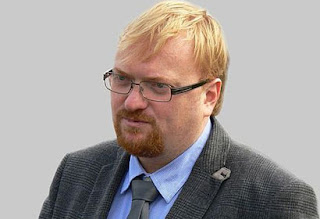