The IOC is Satisfied with Russia

Jean-Claude Killy, chairman of the Coordination Commission of the International Olympic Committee (IOC), announced they are fully convinced that Russia will respect the Olympic charter and there will be no discrimination during 2014 Sochi Olympics.

He said: "The Olympic Charter states that all segregation is completely prohibited, whether it be on the grounds of race, religion, color or other, on the Olympic territory". And he added: "The IOC doesn't really have the right to discuss the laws in the country where the Olympic Games are organized. As long as the Olympic Charter is respected, we are satisfied, and that is the case" (over Russia).

The Human Rights Campaign, the largest gay rights organization in the U.S., considers the IOC's satisfaction as a shame. And  its error in judgment is a gross insult to the millions of LGBT Russians and international travelers put at risk by this law.

Now, you can tell the IOC they're wrong on Russia! 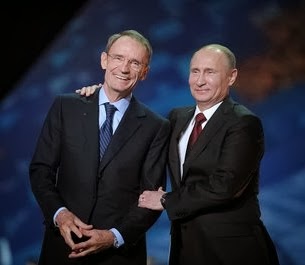