Anyone looking up the White House LGBT page shortly after Donald Trump’s swearing in found only a smiling photo of Trump and Vice President Mike Pence. Then a few minutes later, the page was gone altogether.

Under his predecessor Barack Obama, historic gains were highlighted on the page. They included same-sex marriage becoming legal and the end of the military’s Don’t Ask, Don’t Tell policy.

It also highlighted Obama’s Executive Order forbidding federal contractors and subcontractors to discriminate on the basis of sexual orientation or gender identity.

First it was the White House LGBT page, then a report on the advancement of LGBT workplace rights on the Department of Labor website. It exactly vanished 25 minutes after Donald Trump's swearing in.

Yet LGBT page was not the only one to vanish once Trump took the Oath of Office. Pages devoted to the National HIV/AIDS Strategy, civil rights, climate change, and the White House Council on women and girls have also disappeared.

Well, we are here and we won't disappear. 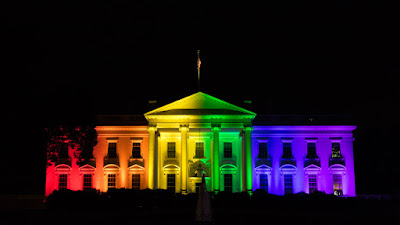