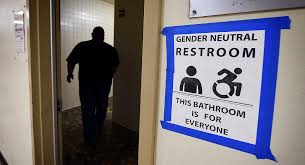 Texas Judge Reed O'Connor barred enforcement of the Affordable Care Act's section designed to protect citizens based on gender identity, just a day before said protections were scheduled to go into effect.

Now, President Obama has made a final stand to uphold his legislation protecting transgender people by asking a federal appeals court to dismiss O'Connor's decision.

The Justice Department countered by saying the Affordable Care Act had not violated the Administrative Procedure Act, as O'Connor claimed.

A poll found that around 6 in 10 Americans oppose bills like HB2 in North Carolina, the legislation that demands transgender people use restrooms in fitting with their gender at birth, among other restrictions on LGBT protections.