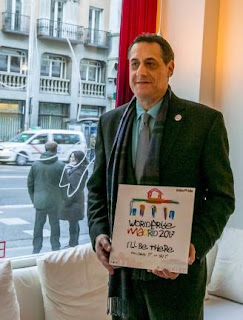 Stuart Milk, the president of the Harvey Milk Foundation, has announced that Madrid will host the first Diversity Honors Awards, which will reward those activists who stand out most in defense of the LGBT rights around the world.

He has made the announcement in a statement during the presentation of the collaboration agreement between the Foundation and the World Pride Madrid 2017 Organizing Committee.

"Gay Pride is different in every part of the world, and in many places I go there are still demonstrations, not parades, because people do not have their rights," said Stuart Milk.

He pointed the Spanish capital as one of the cities where a greater progress has been made not only to tolerance towards the LGBT group, but also to its inclusion.

The Foundation takes the name of the politician and activist Harvey Milk, who was the first openly homosexual person chosen for a public office in the United States, murdered in 1978 in San Francisco by a former supervisor who also killed the mayor, George Moscone.