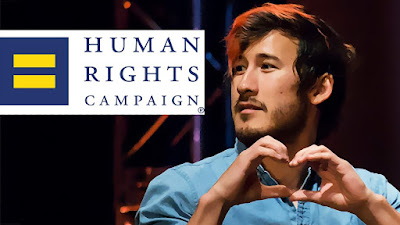 Markiplier, a Californian YouTube star, has raised $130,000 for the Human Rights Equality Campaign after appealing to his followers to donate.

Announcing its launch at the start of the week, Markiplier said in a statement: "Today we stand by our LGBTQ+ friends to ensure equality for everyone! Please help us raise $100,000 for the Human Rights Campaign to ensure the future stays bright and open for all!".

He launched his GoFundMe page on Monday asking his 16million+ followers to support the cause and, in just over two days, he has smashed the target.