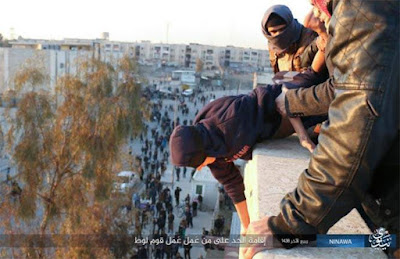 ISIS have murdered another gay man in Mosul, Iraq, in its vile campaign to rid the world of homosexuality.

New photos released by Islamic State show the ‘hisbah’, or religious police, carrying out an execution of a man accused of gay sex throwing him off a roof.

If the man survives the fall face-first, the crowd of attendants have to stone him to death.

The public executions in ISIS territories started at early 2014, and hundreds of LGBT people, included many children, have been killed because, according to Islamic extremists, they are the ‘worst of creatures’. 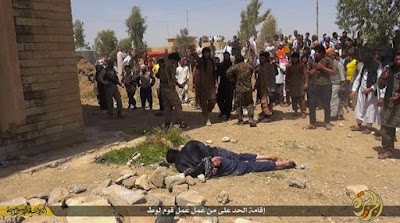 Always a crowd of men and young boys
gather around to watch the man be thrown off
and, if he survives, they stone him to death