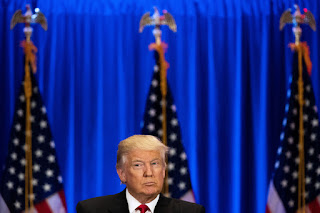 More than 150 LGBT elected officials signed an open letter to President-elect Donald Trump, expressing concerns about his cabinet picks and asking him to further LGBT rights.

The letter, circulated by the Gay & Lesbian Victory Institute, urged Trump to respect the LGBT community and push for policies that would advance equality.

The letter reads: “Congratulations on being elected the 45th President of the United States. We are 156 proud lesbian, gay, bisexual and transgender (LGBT) elected officials representing millions of constituents, and we urge you to join us in embodying the highest ideals of our great and diverse nation.”

“We ask you deescalate the hostility and intolerance expressed by a small but vocal minority throughout the election season. We ask you to appoint individuals with inclusive policy situations that aim to better the lives of all Americans. And we ask you to declare full support for LGBT equality, and remain true to earlier statements promising to be a president supportive of our rights.”

The letter concludes by saying, “We sincerely hope you aim to be a president for all Americans – including LGBT Americans of every race, ethnicity, gender and religion.”

To read the full letter and for a complete list of all 156 officials, head over to NewNowNext.