The Best Men Can Be 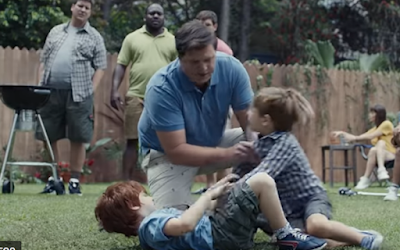 Gillette is embracing the #MeToo movement in a new digital ad campaign aimed at men, the latest message from an advertiser attempting to change societal norms.

The ad, dubbed We Believe, opens with audio of news about the current #MeToo movement, bullying and toxic masculinity. The 90-second spot touches on a series of issues bedeviling men of all ages today like real and virtual bullying, sexual harassment and misogyny, and the persistence of gender imbalance in corporate America.

A narrator then goes on to dispute the notion that “boys will be boys,” asking, “Is this the best a man can get? Is it? We can’t hide from it. It has been going on far too long. We can’t laugh it off, making the same old excuses.”

The ad puts a new spin on the brand’s 30-year tagline, The Best A Man Can Get, challenging men to take positive actions, such as stopping other men, and the next generation, from harassing women.

The new campaign The Best Men Can Be challenges conventional ideals of masculinity, and celebrates modern male virtues: self-expression, internal and external well-being, comradery, and dependability. The strategy is designed to reflect the relevance to the modern man, demonstrating Gillette’s understanding of what being the ‘best’ means for men in 2019.

It's time to stop excusing bad behaviors. The next generation of men is watching.