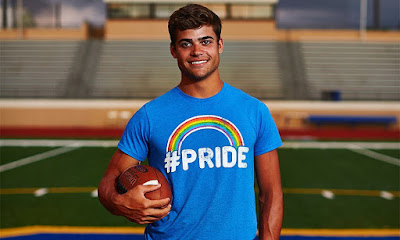 Jake Bain made headlines in 2017 when he came out as gay to his high school classmates at John Burroughs School in Missouri. Now he’s playing Division I football at Indiana State University.

He appeared on Ellen's Show to share how his life has changed since.

On coming out to his football team, Jake said: "I had a lot of nerves coming out because, at that time, there weren’t very many out, openly gay football players." And Ellen interjected: ‘Or any!’

Jake explained his nerves were misplaced because his coach and team immediately accepted him for his authentic self. "Even before I committed there, I talked to the coach about my sexuality and that I wanted to be openly gay", he said.

And he added: "He assured me from the very beginning that I was gonna be accepted by the community at Indiana State and that my teammates were gonna treat me just like anybody else on the team."

Then, Ellen introduced Jake’s boyfriend Hunter Sigmund, who was in the audience. The pair have been together for two years.

She ended up gifting them both a six-night stay at a hotel in Fiji.

Watch the wonderful moment below: 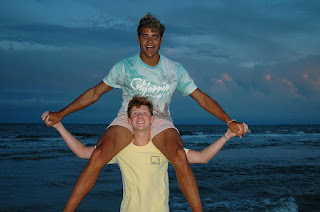