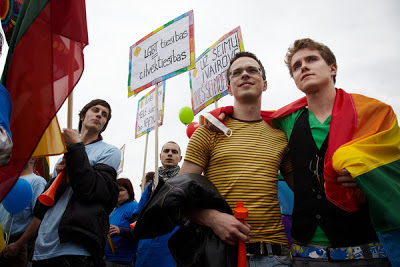 Lithuania’s top court has ruled that foreign spouses of gay citizens must be granted residence permits.

The Constitutional Court ruled that denying residency permits to the spouses of gay Lithuanian citizens who had married abroad was discriminatory and a breach of human dignity. ‘The refusal to issue permits cannot be based only on gender identity or sexual orientation,’ the court stated.

The landmark ruling comes despite same-sex unions not being legally recognized in the Baltic state.

However, it comes after the European Union (EU) ruled that all EU member states must recognize freedom of movement for same-sex married couples in June last year.

Lithuania’s immigration department has said it will abide by the Constitutional Court’s ruling and begin issuing permits for same-sex spouses.

While there has been some progress with regards to LGBT rights in Lithuania over recent years, the LGBT community still face widespread discrimination and prejudice in the heavily Catholic country.

Lithuania remains one of the six European Union member states (alongside Romania, Poland, Bulgaria, Slovakia, and Latvia) where the constitution defines marriage as a union between a man and a woman.

Besides, in June 2017, the Lithuania’s parliament voted against amending the country’s Civil Code to give legal status to all couples regardless of gender, effectively deciding against officially recognizing same-sex partnerships. 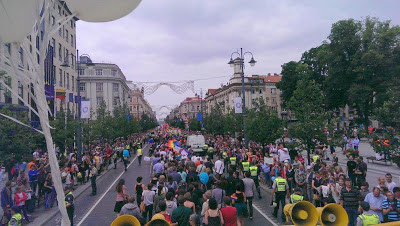