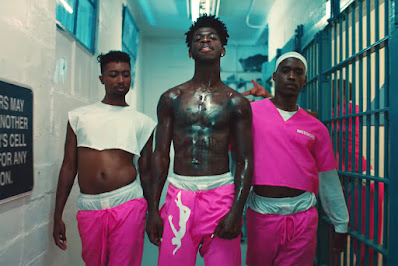 The Trevor Project announced that it has honored out Grammy Award-winning artist Lil Nas X with its first Suicide Prevention Advocate of the Year Award. The organization said Lil Nas X has shown a strong commitment to ending suicide among LGBT young people through his open and candid comments about his own experiences with his sexuality and suicide ideation.

The Trevor Project is the world’s largest suicide prevention and crisis intervention organization for LGBT youth. Research from the group has shown that 42 percent of LGBT have seriously considered attempting suicide over the last year, more than half of trans and nonbinary youth have.

“The Trevor Project is thrilled to honor Lil Nas X with the Suicide Prevention Advocate of the Year Award,” said Amit Paley, CEO and executive director at The Trevor Project. “His vulnerability in his journey to self acceptance and expression has created space for candid conversations around mental health and sexual identity, signaling to LGBTQ youth that they are not alone.”

In response to the award, Lil Nas X said that he appreciates the work of the Trevor Project, noting discrimination based on sexual orientation and gender identity is still a real thing in our society.

“I often get messages from fans telling me about their struggles with depression and suicidal thoughts, and it made me realize that this was something bigger than myself,” he said. “If using my voice and expressing myself in my music can help even one kid out there who feels alone, then it was all worth it.”