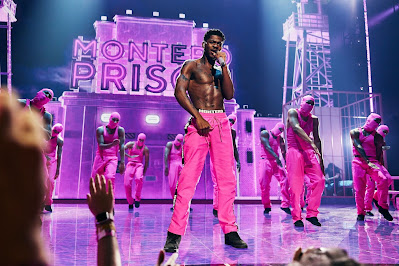 The flamboyant rapper was easily the show’s bright spot, with only a few other out personalities in attendance, such as Billy Porter, Bretman Rock, and Megan Fox.

Lil Nas X’s world-shaking video for “Montero (Call Me By Your Name)” earned three awards on the night, one for Best Direction, given to Nas alongside video co-director Tanu Muino, one for Visual Effects awarded to Mathematic, and the Video of the Year Award, the ceremony’s top honors.

Recently, the Trevor Project announced that it honored out Lil Nas X with its first Suicide Prevention Advocate of the Year Award.