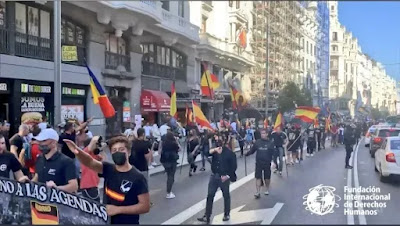 A demonstration by neo-Nazi and neo-fascist groups in Madrid’s gay district of Chueca has caused great concern in Spain as homophobic and racist chanting is heard.

Some of the chants heard coming from the neo-Nazi marchers reportedly included, “Out with queers from our neighborhoods”, "Stop Gay Agenda", and, “Here are the fascists”, along with a selection of racist chants, with videos of the march that were posted on social networks creating huge outrage.

Chueca is famous as being Madrid’s meeting point for the LGTB collective and main focal area for LGBT Pride celebrations, along with other associations, centres, and shops  that support similar themes.

About the causes of this type of xenophobic speeches and acts, all analysts agree that they are proliferated because the far-right party Vox and some allies from Popular Party, with a parliamentary presence in Spain and Madrid, are encouraging this hate speech and giving coverage to the most intolerant and extremist individuals.

Human Rights activists were warning that attacks on queer people increased in Spain in recent times, but some of the scenes seen in Madrid did look like old Nazi parades in Germany. What else has to happen in Spain for the institutions and people to put an end to this shame? 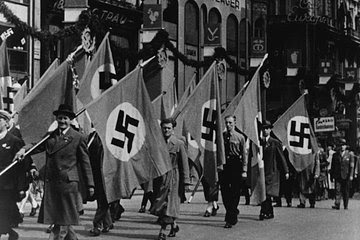