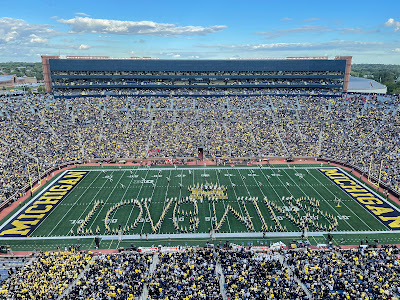 The University of Michigan marching band celebrated the school's LGBT students, staff, and supporters with a homecoming halftime show dedicated to the 50th anniversary of the university’s Spectrum Center, a space at the school that supports, advocates, and educates around LGBT topics.

“The point we were trying to make is that love is love. And love wins,”  marching band's director John Pasquale explained. The concept was also the starting point for him and his team for the rest of the show. From there, they expanded the concept into the music, marching formations, and visuals. Pasquale said that his team also went to the band's LGBT students and asked what songs they resonated with and which were representative of their experiences.

A performance for the LGBT community to feel seen and to feel valued and respected. Awesome!!!