Same-sex marriages and partnerships should be recognised across the EU 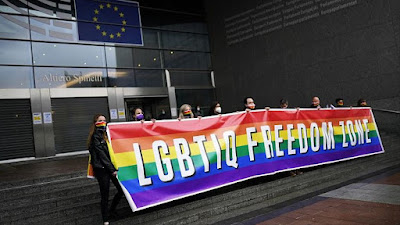 In a resolution on the rights of LGBT persons in the European Union (EU), adopted with 387 votes in favour, 161 against and 123 abstaining, the European Parliament emphasises that these citizens should be able to fully exercise their rights, including the right to free movement, everywhere in the Union.

The resolution states that marriages or registered partnerships formed in one member state should be recognised in all of them in a uniform way, and same-sex spouses and partners should be treated the same as their opposite-sex counterparts.

The resolution also urges all EU countries to accept the adults mentioned in a child’s birth certificate as their legal parents. More generally, MEPs want rainbow families to have the same right to family reunification as opposite-sex couples and their families. To ensure that children do not become stateless when their families move between member states. MEPs argue that families should be treated the same across the EU.

Finally, MEPs take note of the discrimination faced by the LGBT communities in Poland and Hungary. Parliament calls for further EU action (infringement procedures, judicial measures and budgetary tools) against these countries. 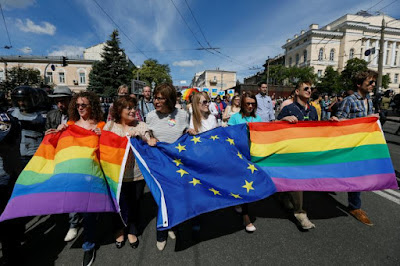