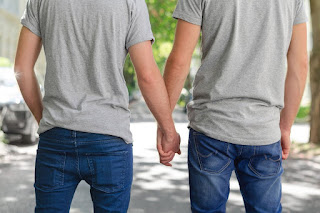 Bad news from Europe, 6 in 10 LGBT Europeans would not hold a same-sex partner’s hand in public for fear of harassment or assault, according to a major study published. The survey found progress on tackling anti-LGBT discrimination had largely stalled in recent years and in some areas appears to be sliding backwards.

Too many LGBT people in Europe continue to live in the shadows, afraid of being ridiculed, discriminated or even attacked. Even though some countries have advanced LGBT equality, the survey findings show that overall there has been too little real progress, leaving many LGBT people vulnerable.

Just over half of LGBT adults said they were open about their sexual or gender identity all or most of the time, a rise from 36% in 2012. But 43% said they felt they had suffered discrimination over the last year, up from 37% in 2012.

About 60% of all respondents said they would always or often avoid holding hands with a same-sex partner in public for fear of being assaulted, threatened or harassed. Besides, more than one in 10 respondents reporting they had been sexually or physically assaulted in the last five years because they were LGBT.

In many countries across Europe, LGBT people believe life for is getting worse for them. Poland and Hungary have the highest rates of people reporting that intolerance was rising, but countries like France, Georgia or Spain have seen a spate of homophobic attacks in the recent months. 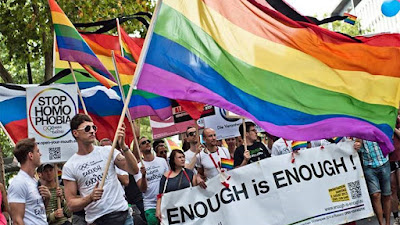