Restrictions for gay men to donate blood ended in Germany 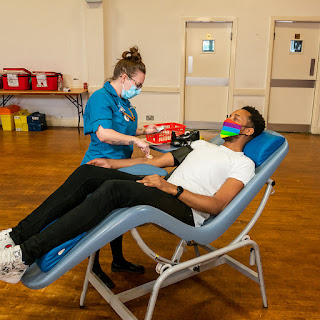 Homosexual men can now donate blood more easily than before in Germany.

The German Medical Association and the Paul Ehrlich Institute responsible for the safety of blood products have updated the relevant guidelines.

Up until now it was the case that people with so-called sexual risk behavior could only donate blood if they stated that they had ended this risk behavior at least twelve months before the donation.

From a scientific point of view, what is known as risk behavior occurs, among other things, in men who have sex with other men. Heterosexual men and women who frequently change partners also belong to the risk group.

This period has now been reduced to four months, according to the new directive.

However, new studies have shown that a period of four months is sufficient to safely rule out possible infections. If the so-called sexual risk behavior was at least four months ago at the time of the donation, this would "not lead to an increase in the risk for the recipients of blood and blood products", according to the German Medical Association.

The scientists expressly do not assess sexual orientation precisely to avoid any appearance of discrimination.