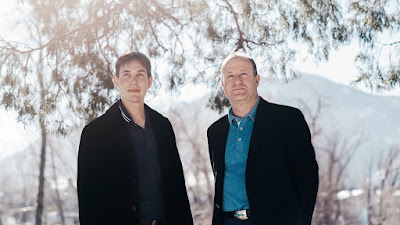 Colorado Gov. Jared Polis married Marlon Reis, a writer and animal welfare advocate, at the University of Colorado campus in Boulder. The small Jewish ceremony was held outdoors and was officiated by Rabbi Tirzah Firestone. The wedding marks the first same-sex marriage of a sitting governor.

Jared previously made history in 2018, when he became the first openly gay man to be elected governor of a U.S. state. He is also Colorado’s first Jewish governor.

He and Marlon have two children: son Caspian Julius, 9, and daughter Cora, 7. The pair got engaged in December as Marlon was preparing to depart for the hospital after testing positive for COVID-19.

“The greatest lesson we have learned over the past 18 months is that life as we know it can change in an instant. We are thankful for the opportunity to celebrate our life together as a married couple,” the two men said in a statement on social media. “After 18 years together, we couldn’t be happier to be married at last.” 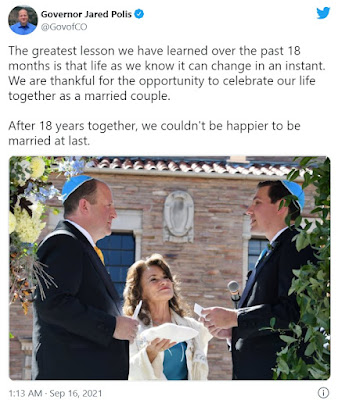