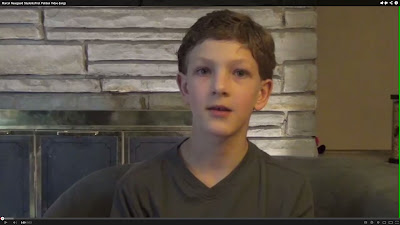 A petition by Marcel Neergaard, eleven-year-old from Tennessee, has been featured at Huffington Post's Gay Voices. Marcel has endured so much bullying for identifying as gay in the Tennessee public school that his parents had to take him out of the system and home-school him. The youngster explains his story and rails against John Ragan, a state house representative, co-sponsor of a controversial bill requiring teachers to out gay students to parents.

"I am Marcel Neergaard, and I am 11 years old. This year I was homeschooled for sixth grade because of severe bullying. If I had gone back to public school, there is a great possibility that I would have taken my own life. That possibility would have grown if a certain bill introduced in my home state of Tennessee had passed into law. This bill was known as the "don't say gay" bill. Though that bill never became a law, Oak Ridge's own representative, John Ragan, introduced a new version of the Classroom Protection Act. It is the "don't say gay" bill, just more homophobic. While he crafted this horrifying bill, he received an award. I wrote a petition to take a stand against this".

"We want StudentsFirst to withdraw their award to John Ragan as educational "Reformer of the Year." Instead, they should work to protect all bullied students, including LGBTQ, by supporting Tennessee's Dignity for All Students Act, as well as the federal Safe Schools Improvement Act and the Student Non-Discrimination Act".

You can support this petition here.

You can also support Marcel and his family on facebook