Celebrations across the U.S. for the Supreme Court Rulings on Equality 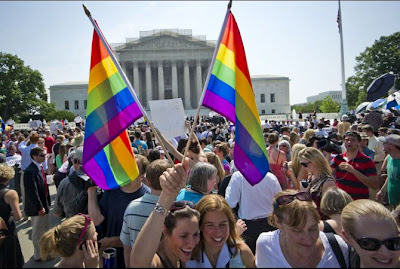 In a major victory for LGBT rights, the U.S. Supreme Court on Wednesday struck down DOMA, the federal law which denied benefits to married gay couples, and it cleared the way for the resumption of same-sex marriage in California.

In the case of the federal DOMA, the ruling will immediately extend many benefits to couples married in the states that allow such unions, and it will allow the Obama administration to broaden other benefits through executive actions. In the other case, California's Proposition 8, in clearing the way for same-sex marriage in that state (don't forget it's the U.S.’s most populous state), the court effectively increased to 13 the number of states that allow it.

After announcing Court's rules, a lot of celebrations took place across all American states because it has been a big victory to equality for LGBT people in the U.S.

Of course in Washington, in the same Court's steps: 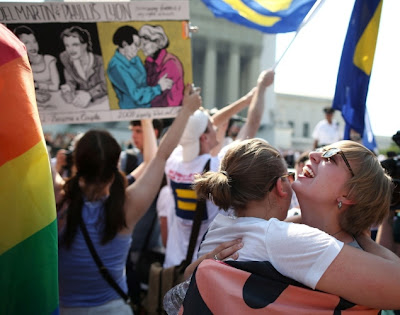 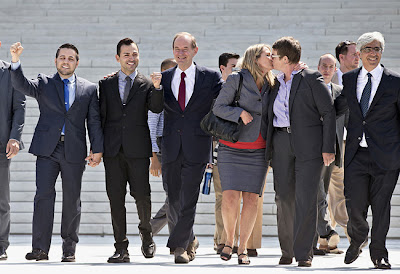 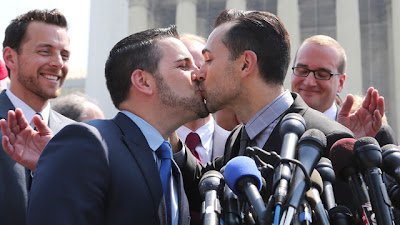 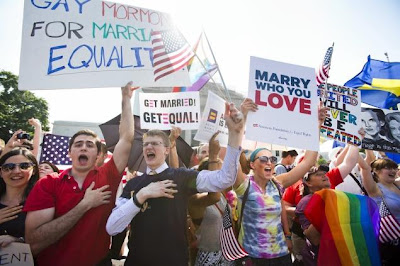 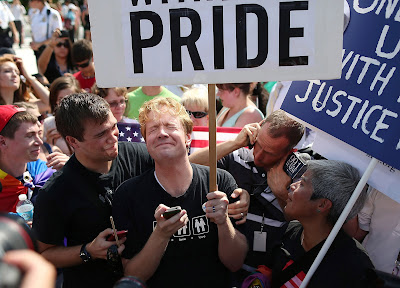 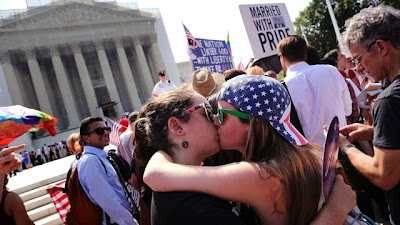 In San Francisco too, where same-sex marriage will be legal again: 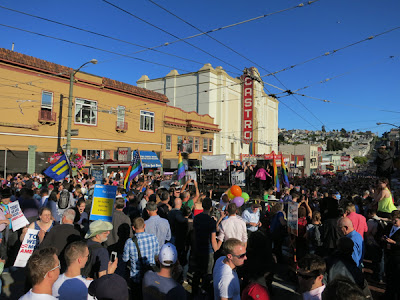 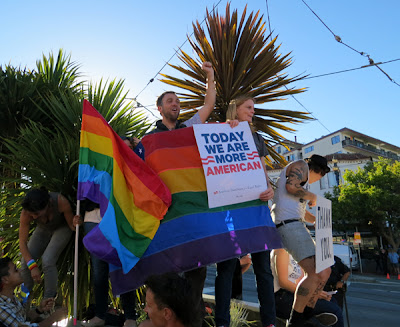 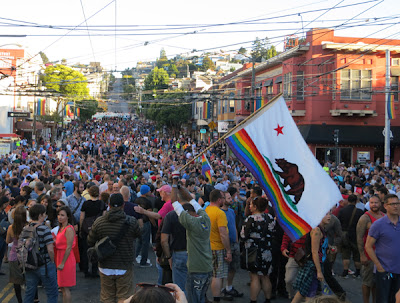 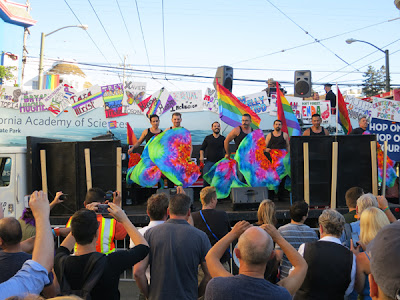 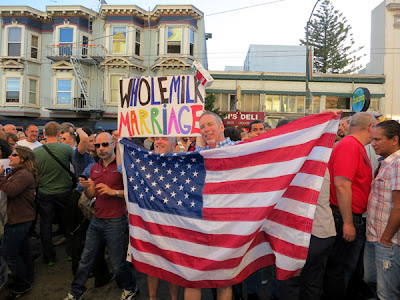 And also in NYC, at the famous Stonewall Inn: 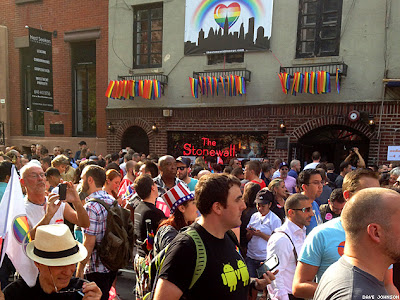 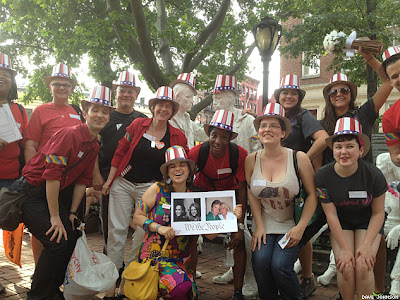 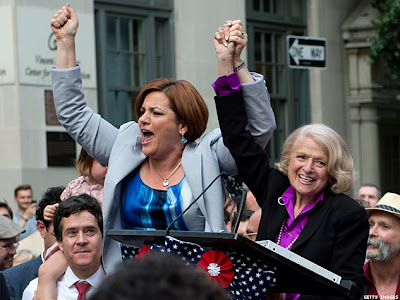 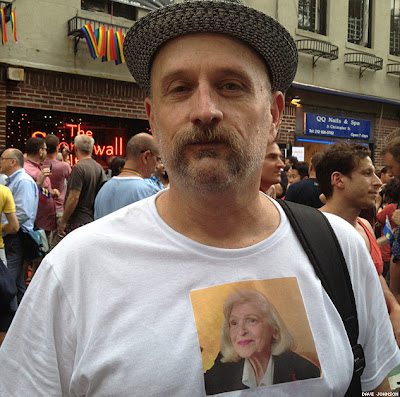 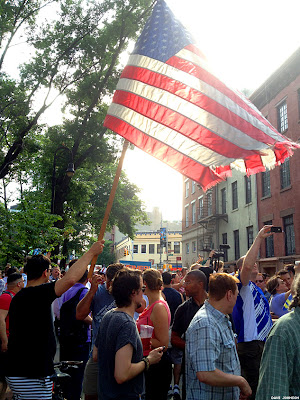 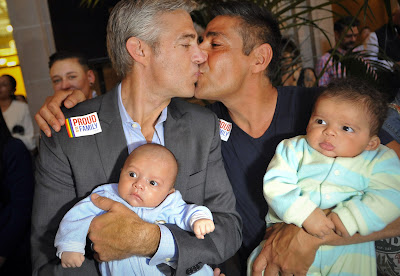 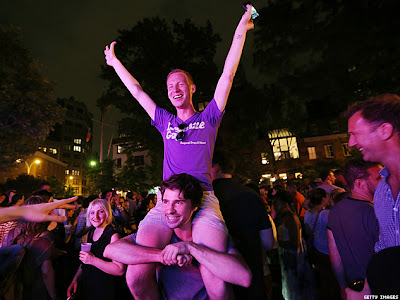