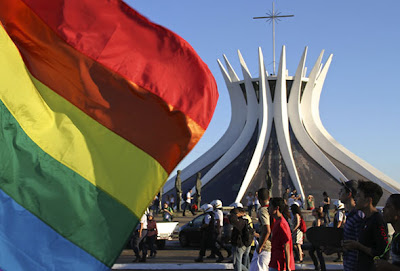 More than a million people protested in scores of Brazilian cities this week to excoriate the government on a broad array of issues, including political corruption, the high cost of living and the billions of dollars being devoted to building stadiums for the 2014 World Cup and the 2016 Olympics in a country where poverty is pervasive and public education is often in shambles.

In the midst of the biggest nationwide protests against the government in decades, Brazilians have taken to the streets to also express their anger at a controversial bill known as the "gay cure" proposed by the the president of the Brazilian Parliament’s Commission for Human Rights, Marco Feliciano. If passed the change in legislation would permit psychologists to treat homosexuality like an illness.

One teacher at a demonstration in Sao Paolo, Luis Eduardo, expressed his anger at the situation in the country: "All eyes are on Brazil at the moment because of the Confederations Cup, so we need to take advantage of this opportunity. We’re tired and we’ve had enough. We have corruption. Politicians are earning a lot of money while teachers are suffering in the schools. And now we have the Head of the Equality Body proposing a new law known as the "gay cure". It’s ridiculous and we’re here to protest against it". 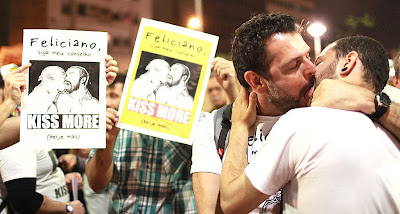 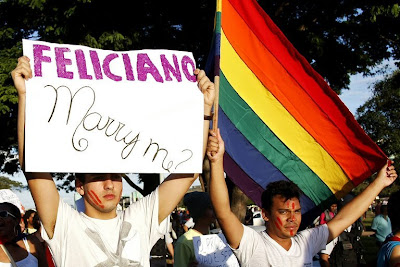