To My Year 7 Self 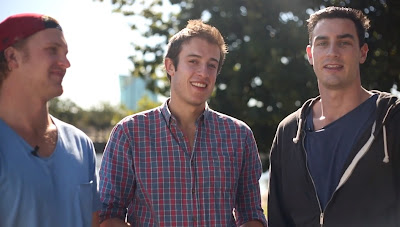 JUST BECAUSE WE'RE STRAIGHT, DOESN'T MEAN
WE HAVE TO BE NARROW. YOU MIGHT NOT KNOW IT NOW,
BUT YOU'RE GOING TO HAVE PEOPLE IN YOUR LIFE
WHO ARE LESBIAN, GAY, BISEXUAL AND TRANS…
AND THAT'S A PRETTY AWESOME THING.


With theses words runs the new campaign Year 7 Self of Minus 18, the Australia's largest support network for lesbian, gay, bisexual and transgender teens.

The campaign is based on a short film with some adults giving advice their younger selves about acceptance, equality, having LGBT friends and respecting how is everyone. Also against bullying kids who are different. They admit that any day one relative or best friend may come out and end up being gay.

The video's premise is giving a chance to seven straight men and women to go back in time and tell their year 7 selves how they had behaved with LGBT people and related topics, and correct their errors or inapropiate things they could say as a kids.

Their fresh and direct testimony should help children and adults to be aware today that diversity is a rewarding reality, and also to improve their attitude towards LGBT people

Watch the video, is worth it!