Ellen DeGeneres the most visible gay or lesbian public figure in the U.S. 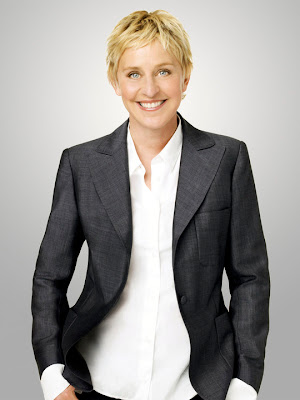 A new Pew Research Center survey reveals that comedian and talk show host Ellen DeGeneres is by far the most visible gay or lesbian public figure in U.S., because 32% of general public respondents named she. More than anyone else, Ellen DeGeneres is the face of American LGBT.

DeGeneres launched a sucessful television talk show, The Ellen DeGeneres Show, in September 2003. Since its inception, the show has won an Emmy, nearly a dozen Daytime Emmy Awards, and numerous People's Choice Awards.

In addition to her great television career, Degeneres has performed stand-up comedy, voice acting, several films as actress, and she is also the author of several books.

One of her happiest day was when she said "Yes, I do" to Portia de Rossi, in 2008, in what was perhaps the highest-profile gay marriage after California legalized the unions.

Also highlight Jason Collins, a NBA’s Washington Wizards player, who is the second most frequently mentioned gay or lesbian public figure in that survey. Remember that Collins became the first active male professional athlete in a major North American team sport to come out publicly as gay, some weeks ago, just before survey. 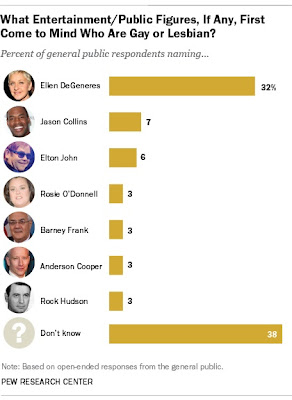 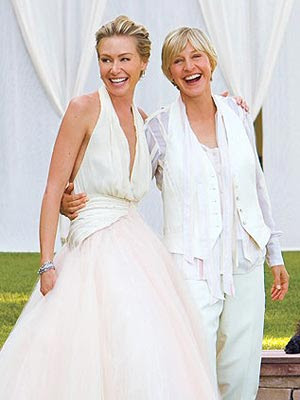