Ireland: Referendum on Gay Marriage in 2014 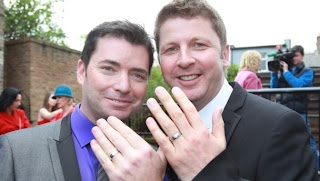 Last May, I posted that Ireland could be closer to allow same-sex marriage because the Irish Constitution Convention voted in favor of extending marriage rights to same-sex couples and proposed to amend the Constitution of Ireland.

Yesterday Eamon Gilmore, the Tánaiste of Ireland (deputy prime minister), has affirmed the referendum on gay marriage probably will be next year.

The Tánaiste has been asked about this topic during a question-and-answer session at an event organised by the Gay and Lesbian Equality Network (GLEN).

He has also added: "We have committed that we will make a decision within that four-month period on what would be our response to the Constitutional Convention. Then in the case of a referendum on same-sex marriage, it would then be an issue of when that takes place after that".

And finally he has affirmed: "I suppose realistically we're probably looking at next year sometime". 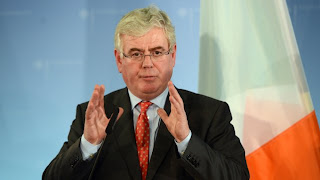 Eamon Gilmore, the Tánaiste of Ireland