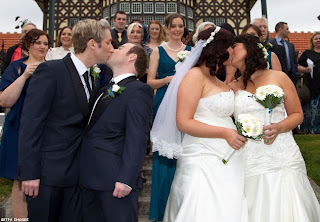 After approving same-sex marriage bill last April, the law has come in force in New Zealand this Monday morning.

A lot of gay couples were waiting this day to celebrate their marriages. Not only New Zealanders grooms and brides said "Yes, I do", also some Australians did it.

The said says that an image is worth a thousand words, in this case is true. 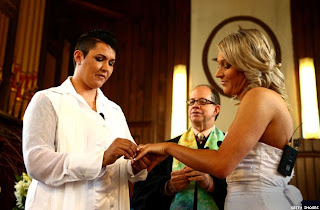 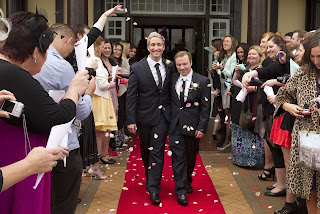 Richard R. and Richard A. have celebrated their wedding
at the Rotorua Museum 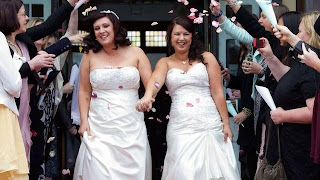 Jess and Rachel have celebrated their wedding
at the Rotorua Museum 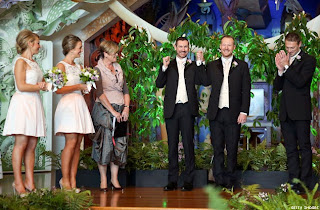 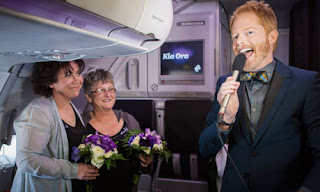 Lynley and Ally have celebrated their wedding
in the skies on a flight from Queenstown to Auckland,
attended by American actor
Jesse Tyler Ferguson (Modern Family)