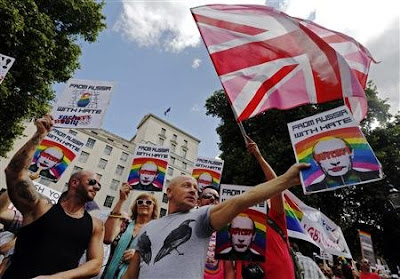 Over one thousand people protested in London against the treatment of LGBT people in Russia.

The protesters gathered near the official residence of the Prime Minister David Cameron in Downing Street, and called for the British government to push Russia to repeal the law banning gay propaganda.

Demonstrators wielded banners bearing slogans such as "We are not Putin up with homophobic Olympics" and "Love Russia. Hate homophobia".

Critics of the anti-propaganda law have said it effectively disallows all gay rights rallies and could be used to prosecute anyone voicing support for homosexuals.

Since the law banning the promotion of homosexuality to children was signed by President Putin in late June, a lot of protests and demonstrations have taken place around the world.

Some gay activists and human rights groups have called for a boycott of the Sochi Olympics and Olympic sponsors.

But Cameron tweeted that Britain would not boycott the Games over the issue, in response to a letter from comedian Stephen Fry who said British athletes should stay away.

In any case, it's time to protest! 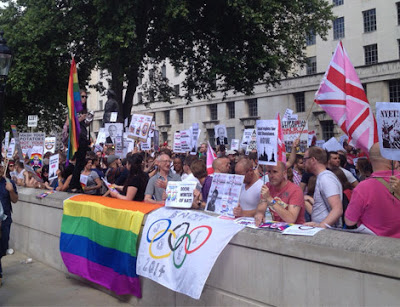 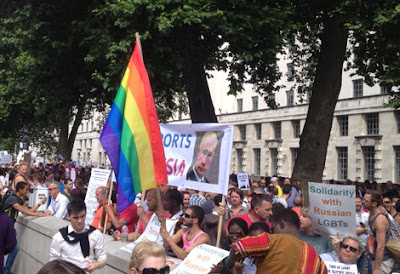 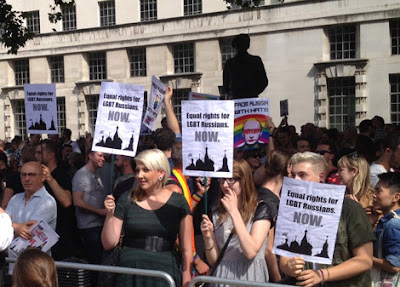 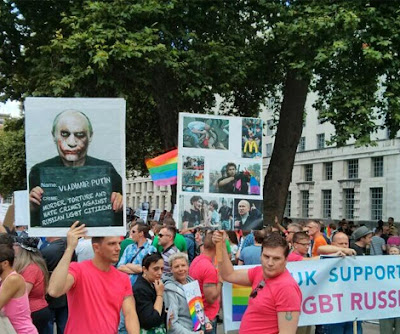 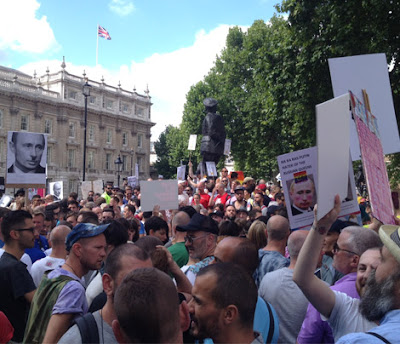 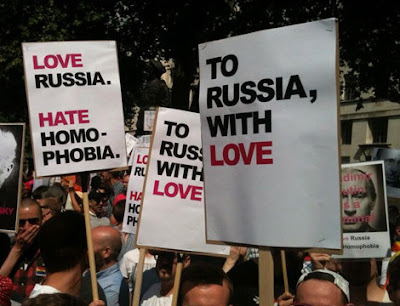