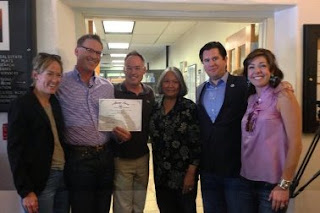 Dozens of same-sex couples have married in Santa Fe County, in U.S. state of New Mexico, this Friday. Santa Fe County is New Mexico’s third most populous county, and the city of Santa Fe is the state capital.

A judge ruled on a lawsuit brought by two Santa Fe men wishing to marry, and issued an order directing the clerk’s office in Santa Fe County to issue licenses to gay and lesbian couples.

The news of the court order has sent a lot of same-sex couples to the Santa Fe County administrative building to ask a marriage license. Obeying the judge's order, the county clerk began issuing licenses to gay and lesbian couples and also held a mass wedding in the county office.

By the end of the day, 49 marriage licenses to same-sex couples had been issued.

New Mexico's legislation doesn't explicitly prohibit same-sex marriage but, sadly, a group of Republican legislators is planning to file a lawsuit to prevent it.

In any case, a new step for marriage equality in U.S. 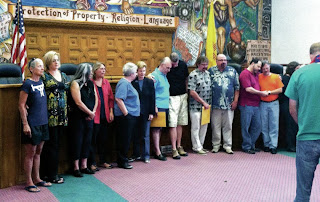