Kisses Against Hate in Madrid 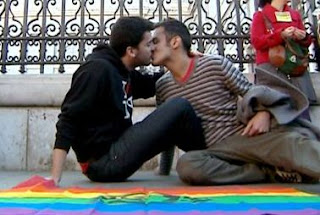 Over 300 people protested in front of Russian Embassy in Madrid (Spain), rejecting anti-gay Russian laws and asking to Russian authorities to stop the attacks and abuses against LGBT people. The demonstrators also asked to Spanish Government to react and protest for the homophobic situation in Russia.

Óscar Olmo, promoter of the protest through Facebook, said: "When we saw the news from Russia, we thought we had to do something. So we created a Facebook event calling for a rally. We did not expect to get as many people". And he added: "We ask to Russian state repeal the law because is fueling homophobia in that country. There are already two fatalities and, if the situation remains the same, I'm sure many more will be in the short term".

During the rally, many of the attendees decided to kiss as a sign of protest. Without incidents, at the end of the protest, their promoters went into the embassy and delivered to the secretary a statement with their claims. The official committed to send the document to the Russian authorities in Moscow. 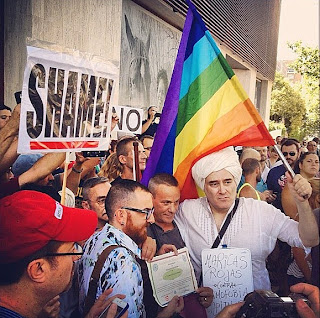 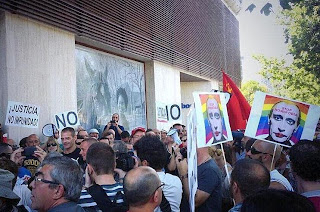 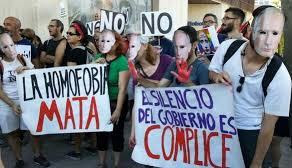 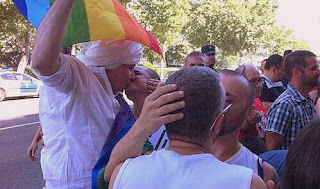 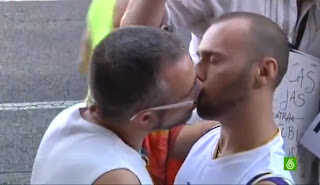