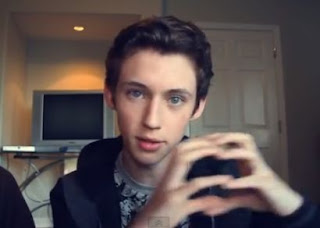 Teen Actor Troye Sivan has opened up about his sexuality in a YouTube video.

The 18-year-old, who played young James Howlett, aka Logan, in X-Men Origins: Wolverine, made the announcement via the video sharing site.

In the clip he says: "This is probably the most nervous I've ever been in my entire life, but I'm going to deal with it. Because I have something to tell you guys..."

Sivan went on to explain that he was making the announcement so publicly because he feels that his fan base are "genuine friends", revealing he shares every aspect of his life with them. He also revealed that he always knew he was gay and that it was nothing to be ashamed of.