P!nk Called a Lesbian in Twitter Attack after Dancing with Gay Pride Flag 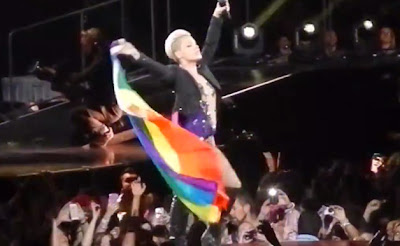 During a concert in Sydney, for her "Truth About Love Tour", P!nk danced with a rainbow flag draped around her shoulders, after grabbing it from an audience member in the front row.

Although no one disliked the impromptu performance, after the concert she received homophobic attacks on Twitter. Some tweeted and called her a lesbian.

Of course, P!nk is much wiser and sensible than their attackers, and she sent to them the following messages: 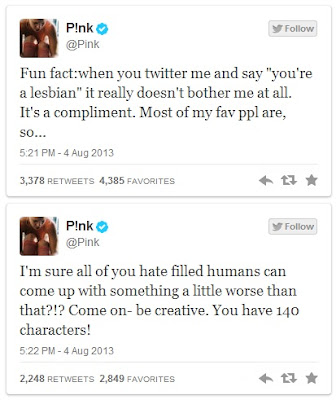 Admirable! Proud of her!