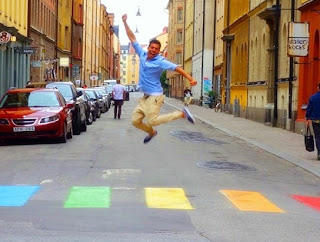 A pedestrian crossing outside the Russian embassy in Oslo has been painted in with rainbow colours last night, the latest in a string of international acts to protest Russia’s anti-gay law.

A similar act happened in Sweden last week, when gay rights supporters re-painted the zebra crossing outside the Russian embassy in Stockholm in the colours of the rainbow, to show their reject to the Russian law banning gay propaganda.

Some cities have had rainbow crossing walks before, like Vancouver, Sidney, Utrecht or Tel Aviv, to support LGBT people.

Do you know any other city that has one? 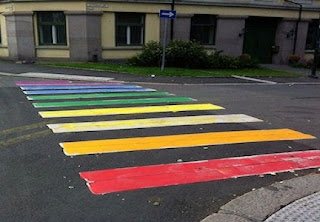 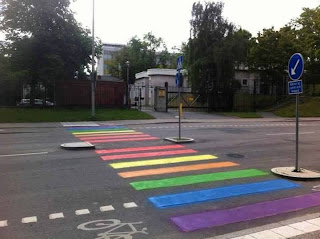 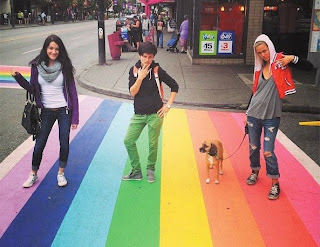 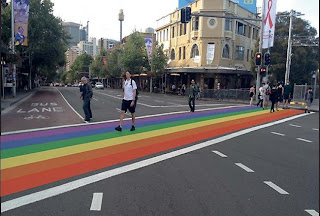 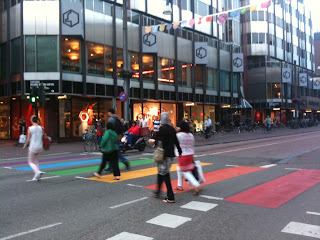 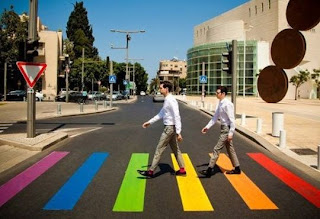