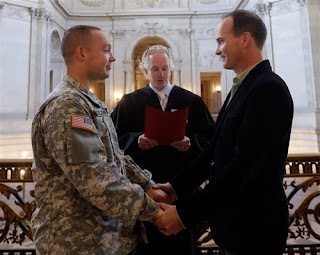 The U.S. Department of Defense (DOD) announced its plan to extend benefits to same-sex spouses of uniformed service members and civilian employees, according to a news release issued today.

After a review of the department’s benefit policies, following the Supreme Court’s ruling that DOMA is unconstitutional, the Defense Department will make spousal and family benefits available no later than Sept. 3, 2013, regardless of sexual orientation, as long as service member-sponsors provide a valid marriage certificate.

The DOD remains committed to ensuring that all men and women who serve in the U.S. military, and their families, are treated fairly and equally as the law directs. Entitlements such as TRICARE enrollment, basic allowance for housing and family separation allowance are retroactive to the date of the Supreme Court’s decision.

The DOD recognizes that same-sex military couples who are not stationed in a jurisdiction that permits same-sex marriage would have to travel to another jurisdiction to marry. That is why the department will implement policies to allow military personnel in such a relationship non-chargeable leave for the purpose of travelling to a jurisdiction where such a marriage may occur.

For civilian benefits administered government-wide to federal employees, the DOD will follow the Office of Personnel Management and the Department of Labor’s guidance to ensure that the same benefits currently available to heterosexual spouses are also available to legally married same-sex spouses.

This will provide accelerated access to the full range of benefits offered to married military couples throughout the Department and help equalize the situation between heterosexual and homosexual couples seeking to be married.

A big step, a fair step! 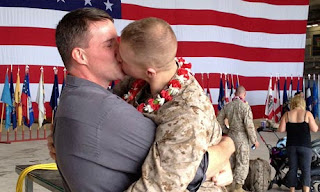 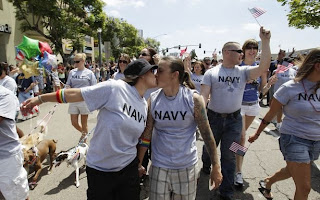 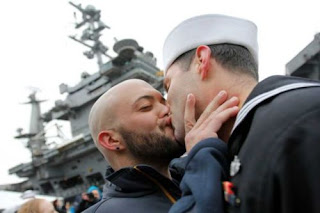 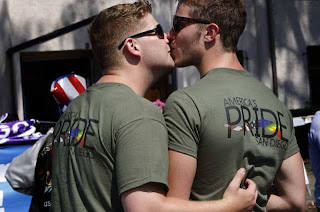 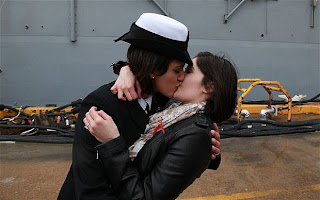 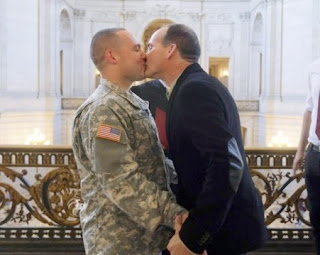