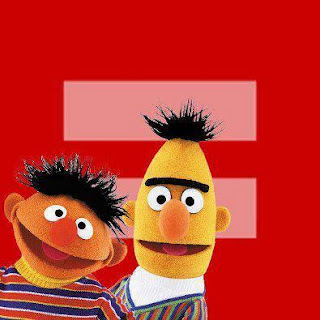 The next issue of New Yorker magazine features a cover displaying Sesame Street puppets Bert and Ernie snuggling on a couch as they watch on TV the Supreme Court’s rulings against DOMA and California's ban on gay marriage.

The purpose of cover, titled Moment of joy, is to support marriage equality and LGBT rights. But it causes controversy between many coming out for and against to use the famous puppets for that purpose and to suggest they are gay.

The cover picture was originally submitted by artist Jack Hunter, in 2012, but in that occasion U.S. president Obama was the television image instead the Court. When the magazine announced it would be using the puppets' picture, Hunter released the following statement on the New Yorker’s website: "It's amazing to witness how attitudes on gay rights have evolved in my lifetime. This is great for our kids, a moment we can all celebrate".

For now, there is no news as to how Sesame Street Workshop will respond to this cover. Though in 2009, Sesame Workshop President and CEO Gary Knel issued a statement saying that Bert and Ernie “are not gay, they are not straight, they are puppets". And some years later, they issued again a longer statement stating that Bert and Ernie were only "best friends", in response to a Change.org petition to have Bert and Ernie marry, which circulated shortly after gay marriage was legalized in the state of New York.

For over 40 years, the goal of Sesame Street has been to teach kids to get along and to be friendly, is bad to use TV characters with a different sexual orientation to achieve it? 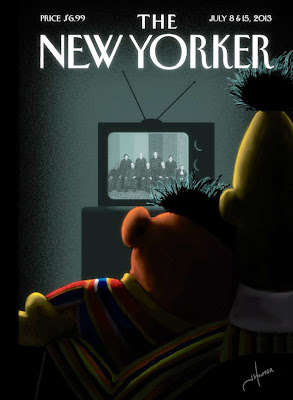