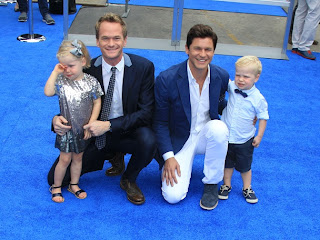 The actor Neil Patrick Harris and his partner David Burtka attended the premiere of Smurfs 2 in Los Angeles, with their lovely twins, Harper and Gideon. Harris played in the first film, and he does again in the sequel.

Harris and Burtka's relationship began in 2004. In 2010, Harris announced that they were expecting twins via a surrogate mother. The twins Harper and Gideon were born in that year. In 2011, following the passage of the Marriage Equality Acta in New York, they announced their engagement.

Now, they go to the movies like any family! Bravo for them! 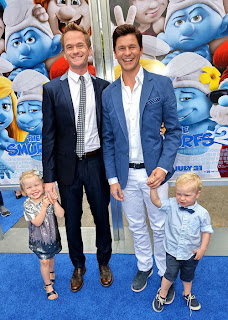 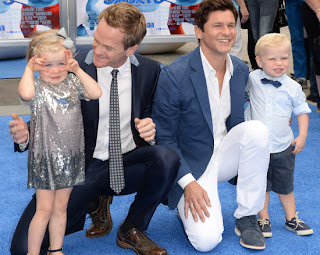