Out 4 Marriage in UK 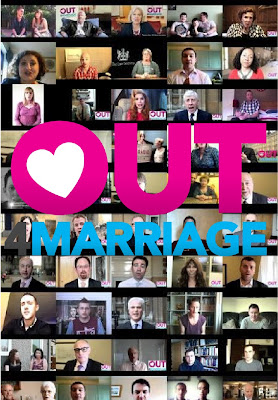 England and Wales are so close to allow equal marriage. After the same-sex marriage bill passed second reading last June, it will have its third reading, the final chance to amend it, in the House of Lords this Monday.

The bill as amended so far is now reprinted and available as a PDF File here.

To support marriage equality in UK, Out4Marriage.org launched a cross media campaign to change the law and allow gay couples to marry. They want to help to spread the message that most people in Britain are happy to come out for equal marriage.

This project was modeled on the hugely successful It Gets Better YouTube project. Videos from UK politicians, from all political parties, and global celebrities have been published online in YouTube. Each politician or celebrity explain why they're coming out for marriage and ask viewers to join them too.

You can watch some of their videos here, but it's better to visit Out4Marriage in YouTube and show your support.