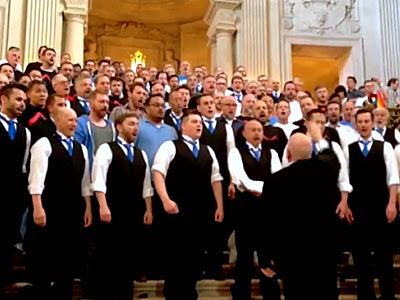 The San Francisco Gay Men's Chorus (SFGMC) offered a special wedding gift to Kris Perry and Sandy Stier, the first legally married same-sex couple in the state, after California's Proposition 8 was ruled unconstitutional by the U.S. Supreme Court in the case bearing their names.

Moments after the first same-sex couple wed in San Francisco City Hall, the San Francisco Gay Men's Chorus celebrated the marriage singing to then, on the steps of the capitol rotunda, an excerpt of a new song called "San Francisco" from Andrew Lippa's oratorio "I Am Harvey Milk". The chorus also sings "Give 'Em Hope".

The video of that emotive scene also includes never-before-seen footage of the moment when the Supreme Court struck down Prop 8 while inside San Francisco City Hall (6/26/13), and the Castro celebration that afternoon, as well as the wedding of Kris Perry and Sandy Stier (6/28/13), all filmed by and provided by SFGMC member Sean Chapin. 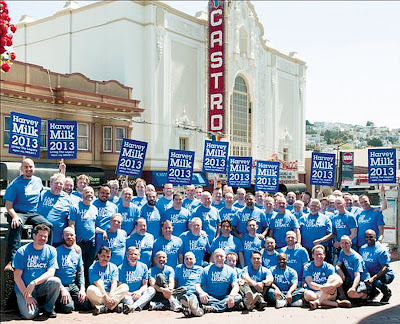