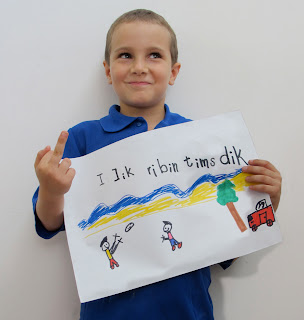 This comedy short was filmed in 2011, and it explains the story of a concerned father of a six year old takes it the wrong way. The little kid (Keilan Grace) shows him a self-made paint with a sentence indicating he likes another boy's "dik". The father (Patrick Brammall) freaks out while the mother (Alexa Ashton) calmly says it's just a phase he's going through. Then they start discussing their past same-sex relationships and things quickly escalate out of control.

With an excellent cast's performance, a sharp script and funny dialogues, this short becomes a wonderful and thoughtful film for gay and straight people.

The short film has also received awards in many festivals.

2012 Best Sexy Film Audience Award,
at the Be Film The Underground Film Festival

Head over to Facebook's Dik. 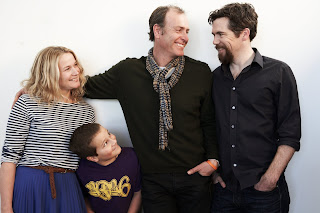 The cast with the short's director