It's Not Time For Florida! 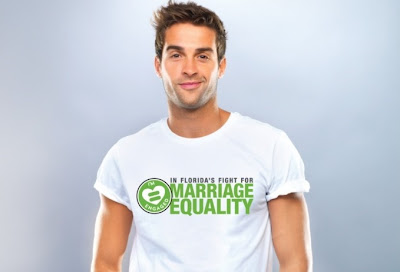 On June 26, the U.S. Supreme Court overturned part of the Defense of Marriage Act (DOMA), ruling the federal government must recognize legal marriages of same-sex couples performed internationally, in 13 states and the District of Columbia. But the high court did not consider the portion of DOMA that allows states to not recognize same-sex marriages.

Gay marriage is constitutionally banned in the U.S. state of Florida since 2008.

There is a 54% of voters in support of marriage for same-sex couples in Florida, according to a recent Public Religion Research poll. But it would take 60% majority to repeal the gay ban, and seems that’s currently not possible.

Howard Simon, ACLU of Florida Executive Director, has said: "I don’t want to build up any false expectations that it would be good to run back to the ballot right now, or that it would be good to think that we should file a lawsuit anytime until the hearts and minds change more and the environment changes a bit more". And he added: “People have to be realistic. We have a high hurdle to jump over in Florida, which is the 60 percent rule".

Sadly, it's not time for Florida... but work go on!

By the way, a warning to those who ask to boycott Florida ... I will continue drinking orange juice from Florida, and visiting the Orlando Theme Parks. 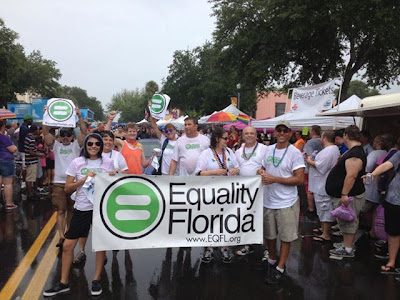 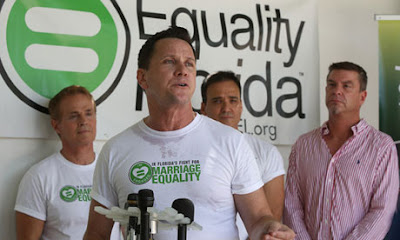