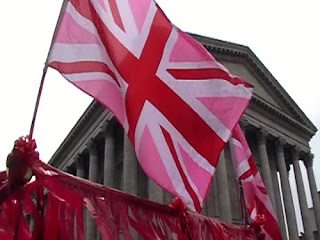 The British government has got one step closer to legalizing gay marriage, as Britain's gay marriage bill has cleared its last major hurdle: passing through the House of Lords, the unelected upper chamber of the UK.

Today, the Lords agreed to send it back to the Commons, where lawmakers will review government amendments before it becomes law. That is expected to go without controversy, as the House of Commons approved in May an earlier version of the bill by a vote of 366 to 161.

The House of Lords passed the measure without a vote, and some Lords supporters of the bill wore pink carnations to signal their support. The Queen is expected to be asked to give her approval to the bill by the end of this week.

If the bill becomes law, same-sex marriages would be legal in England and Wales as soon as next summer. 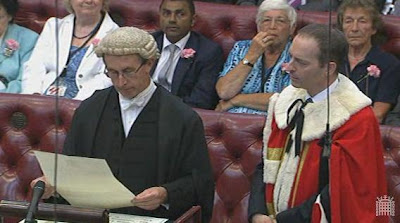 Some Lords with pink carnations to support