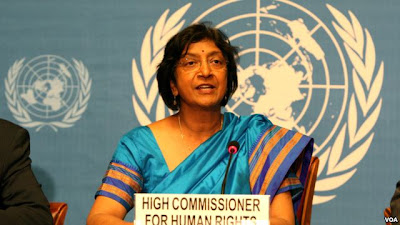 Amid a surge of anti-gay violence and repression in several countries, the United Nations’ Human Rights Office has launched its first global outreach campaign to promote tolerance and greater equality for lesbians, gays, bisexuals and transgender people (LGBT).

Called Free & Equal, it’s an unprecedented effort by the U.N. High Commissioner for Human Rights to change public attitudes around the world on LGBT people and their rights.

The multi-pronged campaign will include videos and public-service announcements distributed through social media, a new website, a series of fact sheets, and engagement by celebrities well-known in different regions of the world.

Navi Pillay, the High Commissioner said: "Changing attitudes is never easy... It begins with often difficult conversations". And she added: "And that is what we want to do with this campaign. Free & Equal will inspire millions of conversations among people around the world and across the ideological spectrum".

Less than half of the U.N.’s 193 member states have gone on record in support of gay rights and in opposition to laws criminalizing homosexuality. In March 2011, for example, only 85 states signed a joint statement at the Human Rights Council expressing their concern at violence and human rights violations against LGBT people.

According to the human rights office, at least 76 countries still criminalize consensual, same-sex relationships, and discrimination against LGBT people is widespread in many other nations.

We still have a very long way to go! 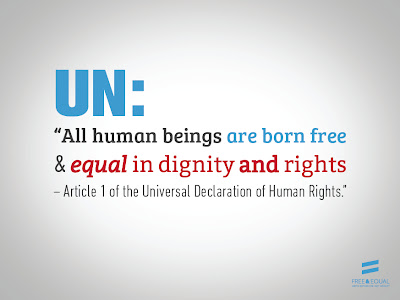 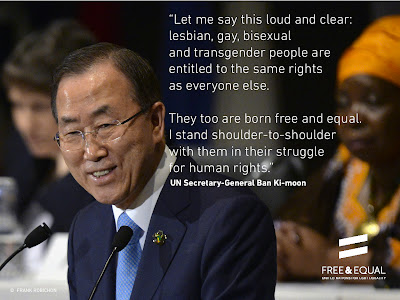 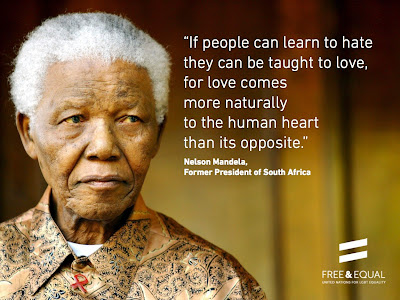